I like building things people can use, creating something from “nothing” and solving puzzles and problems. Who wouldn’t want to be a detective looking for impossible to find bugs and always learning something new? It’s rewarding and challenging and that’s why I love it!

I have six years of experience working mostly on backend, but I got my hands dirty on frontend and some devops tasks. I have a drive for clean, readable, testable, and well-documented code. My favourite working environment: Linux + Tmux + Vim.

I think version control tools such as Git are a very important part of software development (I’ve been using Gitflow for a couple of years now) and I am all for Continuous Development, Continuous Integration, and Code reviews. I am able to work in a team but also perform some tasks unsupervised.

What I am looking for in a company is personal and professional growth. I have strong desire to learn and improve my skills.

You can check out my open source projects on Github here.

A few projects I’ve worked on: 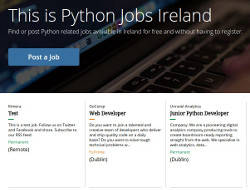 A jobs board for Python, the programmming language, exclusive to Ireland. It was built using Django and it is deployed to Heroku through Travis CI.

It is a complete student tracking, reporting and information management. A different instance is deployed for each school. 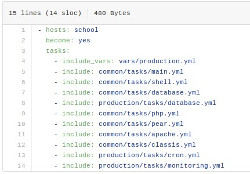 I mantained and added a few new features to a School Parent Portal written in PHP using the ELGG framework. 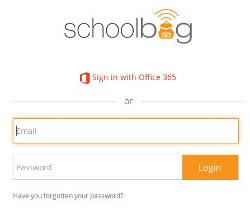 A collection of python scripts exercises.

Script that builds Magic Squares with dimension n*n, where n is an odd positive integer.

A simple Python script for POST requests only using the standard library.

A Python script to generate a CV and cover letter.

A small API to convert a URL to a PDF file and download it.

A management system for the students’ internships. It was built in PHP with IIS web server and MySQL for the database.

My personal website, mariusavram.com. Done in Jekyll and deployed to Github Pages.

Mom’s recipes website, elmundoenmicocina.es, for desserts around the world. Done in Jekyll and deployed to Github Pages.

Corporate website for Magneto Producciones. I participated in a team writing frontend code.